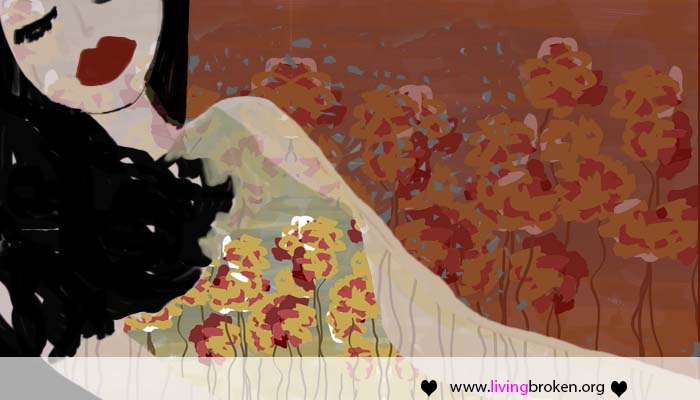 Nobody has ever measured, not even poets,
how much the heart can hold.
~Zelda Fitzgerald~ 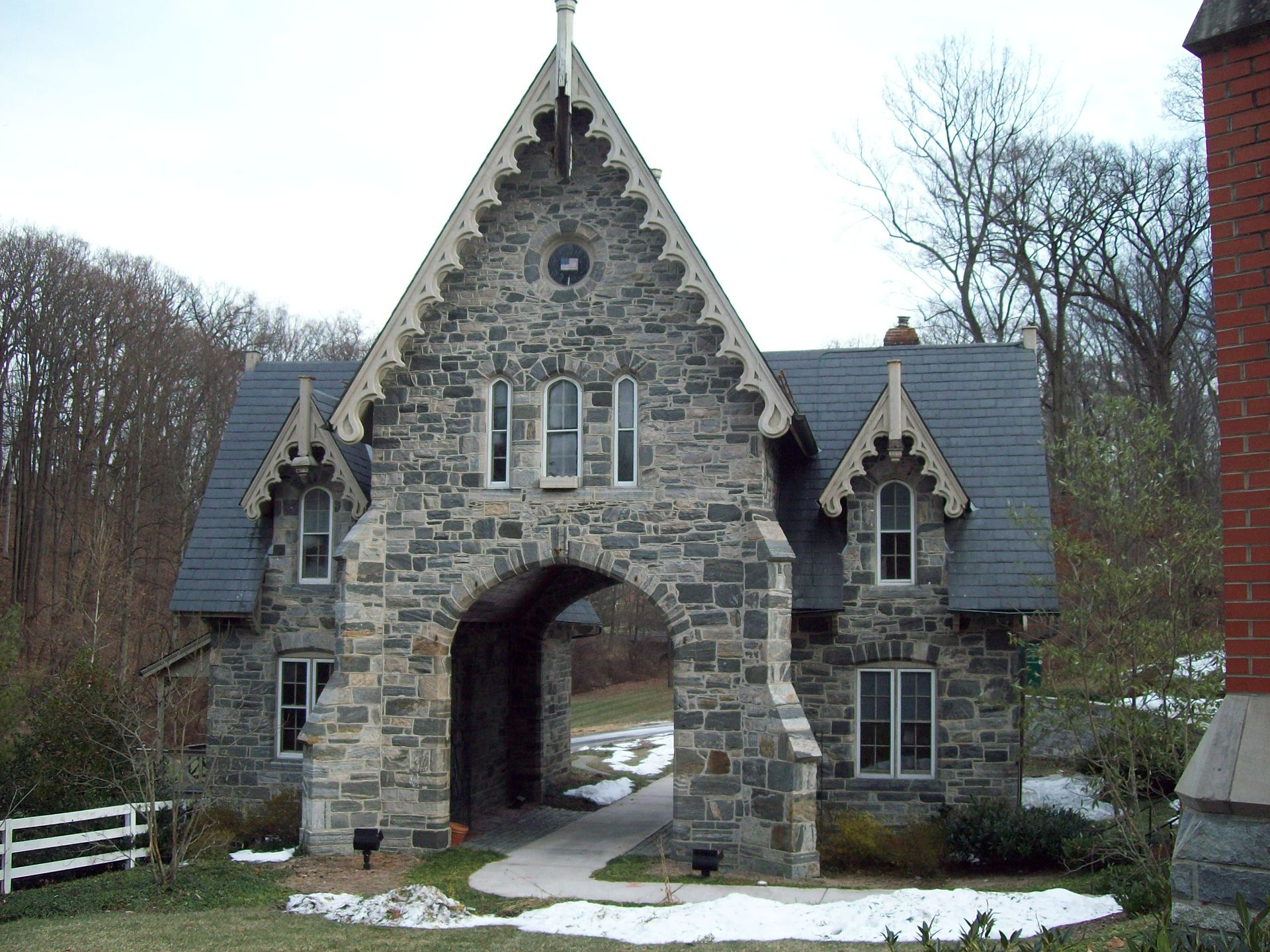 I hadn’t graduated yet, but I was running around in circles. I was caught in a web of seemingly conflicting interests and I was wary of committing myself to any one of them lest I  make the wrong choice. That’s a fancy way of saying I didn’t know what I wanted to do.

But I kind of knew what I wanted to do. I was officially pre-law. And I knew that I wanted to make a living helping people get help. But I wasn’t clear what the intersection of law and helping was.

So I left college with the goal of figuring out what I wanted to do with my life.

I left college and returned to my hometown of Baltimore. I lived in my parents’ basement for a bit, resolving every hour of every day to get the hell out of their house.

My parents were good parents, but they were my parents and constant proximity wasn’t conducive to healthy respect.

I remember wondering what I might do to help people get help. I thought about psychology and social work and any profession where you help figure out and resolve other peoples’ crises.  My mother helped me brainstorm where I might spend time getting experience in such things and we came up with Sheppard and Enoch Pratt Hospital, usually just referred to as Sheppard Pratt.

Sheppard Pratt was a short drive from my parents house. It’s where Zelda Fitzgerald was diagnosed with schizophrenia in 1930. And where she wrote the semi-autobiographical novel, Save Me the Waltz, published in 1932. At that time, Sheppard Pratt was called a sanatorium. Originally, it had been named an asylum.

I remember hoping to run across the ghost of Zelda there. The grounds were magnificent, beautiful and inspiring in a serious, poetic way.

Initially, I volunteered at Sheppard Pratt. I offered myself to one of the hospital’s long term psychiatric units five days a week and eight hours a day in exchange for the promise that I would be given as much responsibility as was legally allowed. I had volunteered in hospitals when I was younger and knew how easy it was to spend an entire shift filling and refilling water pitchers.

For the record, filling and refilling water pitchers is, quite possibly, the most boring thing I have ever done in my life.

I was put to work immediately, shuffling patients to therapy, cafeteria and time spent outdoors. I was encouraged to talk to them and get to know them and be part of their day. I was trusted with information about them and informed by the staff about their conditions and treatment.

And at night, I hung up coats in a dance club.

I made more money in one night of hanging up coats than you can imagine, which is good since there was only dancing Thursday through Sunday. Sure, all the money I made was in quarters, but back then everybody still wore winter coats in winter so a night full of quarters added up quickly.

After a few weeks of volunteering, the nice folks at Sheppard Pratt offered me a full-time job, a full-time paycheck, and health insurance, all of which I accepted before they were finished offering.

I had probably moved out of my parents’ basement before the end of that day, if not sooner. Luckily, my parents have never interpreted my need to get the hell out as anything having to do with them personally.

It turned out that I loved working at Sheppard Pratt.

I was trained to work on an inpatient unit focused on addiction treatment. Most of the patients had a dual diagnosis, meaning they had alcoholism or drug addiction along with another disorder. The patients attended individual therapy, group therapy and a never ending schedule of Alcoholics Anonymous meetings alternating with Narcotics Anonymous.

Not shockingly, I spent the next several years dating recovering alcoholics. I would have dated recovering drug addicts, but I couldn’t handle the habits of drug addicted men.

I ended up spending years working in the treatment environment, eventually going back to college and then entering law school. By the time I finished my college credits, I knew that I loved helping people but that I wanted to be in a profession where I would have access to a broader range of resources. I felt that as a lawyer I could do that.

I transitioned directly into disability advocacy after law school, dealing with the problems I knew well but playing a different role in the lives of the clients.

I didn’t date lawyers, but I dated a never ending stream of law school applicants.

That’s probably because I was supporting my beginner’s law practice by teaching LSAT at night and on the weekends.

To this day, my years at Sheppard Pratt are among my favorite years of all time.

At Sheppard Pratt, everyone was a mental health care consumer, even if they had the cleanest mental health bill in the world.  Everyone there, from the doctors and nurses and therapists to the lady in the gift shop, was focused on overcoming life’s challenges or helping others overcome life’s challenges. Everyone there had been through something, whether it was their personal experience or that of a family member.

Everyone there was working on making today better than yesterday.

And I loved that environment.

I remember I looked forward to work everyday, where I could count on everyone I saw to give me a real hug and ask me what I was working on.

Yes, it was the common greeting.

“Hi! How are you doing? What are you working on?”

I was among the youngest of the staff but every member of the staff was working on something. It was the norm in that environment.

Nobody was finished. Nobody had arrived. Nobody was in a place where they expected to stay for long.

Everyone was equally en route, working on something that would make them or their life better or help them to better help others.

And I loved it. I really loved it.

Then I transitioned to the world of lawyers and politics in Washington DC where people ask “what’s new” and ‘where are you now,” meaning “what have you accomplished since the last time we talked?”

Maybe that’s not what everyone hears when they’re asked ‘what’s new‘ but that’s what at least seven people I know hear.

It’s a lot to ask that someone continue to have new things happening in their life. Even if that’s not what you mean when you ask them what’s new. Not everyone has something new happening.

There isn’t much new in my life but, then again, it’s all kind of new since I juggle a lot of activities and work hard to make every today better than yesterday.

But mostly, my life is filled with days I hope will be as good as or better than yesterday.

Well, I think I’ll try to do something tiny and new each week so that I have a good answer when asked what’s new.

The alternative is to yell at the person who asked me what’s new and berate them for expecting too much from me.

Also, answering “nothing” in response to “what’s new” sounds like nothing’s going on, when really lots of life is going on in and around me.

What’s new so far today is that I finally learned how to thinly slice an onion without thinly slicing my finger.

Yes, it’s been an issue in the past.

And this week, I hope to learn the basics of basting a stitch.

I’m not sure what that means, but learning to baste a stitch has been recommended to me as the next critical item on my “learn to sew” list. Hopefully, basting is something I’ll be expert in by the new year.

If thinly slicing an onion and learning to baste a stitch are the last interesting things I do for a while, those will be my answer every day until something new comes along.