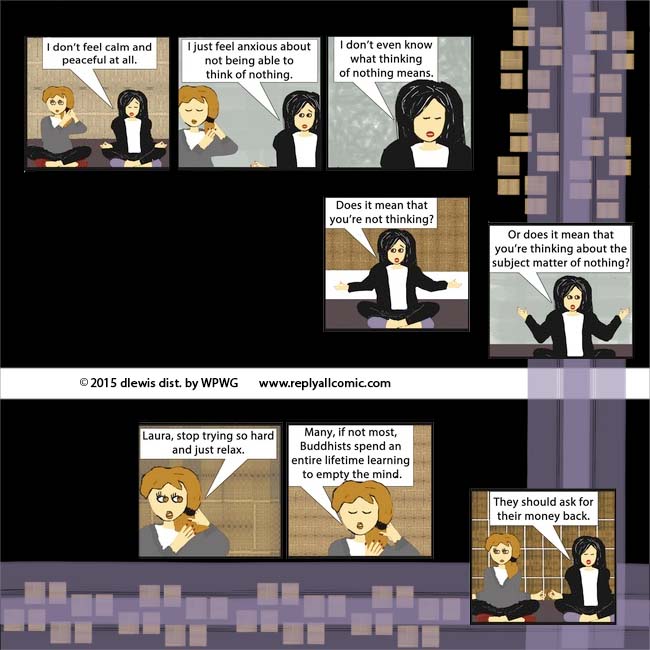 Today’s strip celebrates one of my favorite themes….how hard simple things are.

I look back at my attempts to breathe and empty my mind….years and years of attempts…decades, actually.  And even though I go through periods of really good breathing and really efficient emptying of the mind, I seem to keep ending up with no breath and a head too full to think.

So I keep starting over.

But, seriously….does everyone have to keep starting over like this?

Speaking of starting over, I read this article from The Guardian three times this morning.  It is mesmerizing.

Salvador Alvarenga, a 36-year-old fisherman from El Salvador, had left the coast of Mexico in a small boat with a young crewmate 14 months earlier. Now he was being taken to Ebon Atoll, the southernmost tip of the Marshall Islands, and the closest town to where he had washed ashore. He was 6,700 miles from the place he had set out from. He had drifted for 438 days.

This article makes me want to hear more stories of how other people live.  And it makes me wish I had been taught a healthy fear of suicide.

But his will to live and fear of suicide (his mother had assured him that those who kill themselves will never go to heaven) kept him searching for solutions and scouring the ocean’s surface for ships.

But I wasn’t.  I was taught, not intentionally, that suicide happens. That it’s a statistic that can barely be changed.

I wish it was different but I’m not sure how it could be. 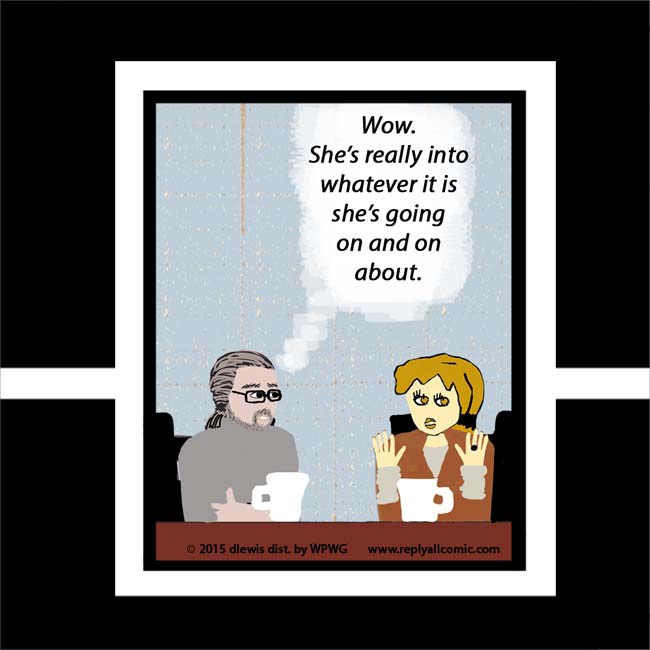 Enjoy your Sunday. Make someone smile.