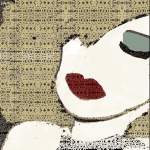 Sometimes the things we’re doing aren’t helping as much as they helped when we first started doing them.
Sometimes it’s time to reevaluate what we’re doing and ask if we still have the same needs?

Maybe we got helped to a point and now we need to get helped from that point to the next point.

So maybe now it’s time to figure out the next thing to do.