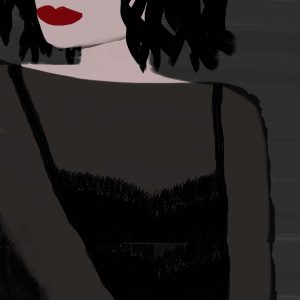 Michael Smerconish had a segment on social media’s impact on teenage mental health this morning.  It highlighted a jump in anxiety. I need to watch the segment again to hear the specific data.

But it reminded me that this has been a bad week on the mental health front.  And I’ve been thinking lately about how to help others keep from going down.

Because I’ve been there more of the time then I’ve been anywhere else.

And I have some opinions as to why my pain – the pain that kept taking me down –  wasn’t treated for decades.

Or rather, I guess I have theories on why my pain wasn’t diagnosed correctly for decades. And why living with the torture of a broken brain was never viewed as the primary problem.

And I don’t want even one more person to live with that kind of frustration or pain for any longer than necessary.

So why do I think my own pain went untreated?

Well, first, let me clarify that it was treated.

It was treated ‘by the book.’

I would say it was treated minimally. But enough to avoid liability.

Yes, when I was clearly at high risk of suicide, I was asked if I was in danger of hurting myself or others.

And I knew the drill. I knew what to do. I knew how to answer.

I needed to keep my job and keep my insurance.

I knew how to not kill myself for one day.

But unfortunately, after the immediate crisis was averted, everything went back to “Whew! Well at least THAT didn’t happen!”

What did NOT then happen was a full-out campaign to figure out why my brain kept telling me to carry out dangerous and harmful actions that would hurt myself and possibly others.

That didn’t happen because WHEW! I was OKAY!

And I had another appointment with the doctor next week!

So next week became next month and next month became next year and the decades passed while cycles of “Are you in danger of hurting yourself?” were immediately followed by WHEW!

And then nothing else happened because everyone was exhausted once the crisis was averted.

So what was going on?

Why did there even have to be any crisis?

Couldn’t other people stop me from going downhill?

Well, they weren’t really privy to that information since I was a good liar. I lied to everybody.

The man I lived with said he had no idea I was depressed. He said that exact thing just days before he drove me to the hospital for electroconvulsive therapy (ECT).

I get that. I get that I looked okay. I understand that I tricked people into thinking I was fine.

But here’s the deal.

I told them in numerous ways exactly what my brain was doing and saying and showing to me.

My brain was a horror show. My brain showed movies of terrible things happening.

Very bad things were happening to me in my brain. And sometimes I was sure I was supposed to carry those things out.

Maybe it was because I had managed to get myself to a doctor’s office that no doctor thought to diagnose me past a mood disorder.

How could anyone be doing too bad if they were able to make it to a doctor’s office?

Yeah. I think that happened.

I think I got ‘whatever’ed.’

“My brain is telling me to crash my car into a wall.”

So I lived in the nowhere land of whatever for years. And it was not good,

Finally, when a new doctor who didn’t know me or know anything about my job or creative life finally diagnosed me with OCD, I was able to start the right medication, a medication that made a difference.

And later, when I finally saw the questionnaire for OCD, I cried. I couldn’t believe nobody had ever thought to ask me these questions before.

Do you have Aggressive Obsessions?  Do you see violent or horrific images?  Do you fear you will act on unwanted impulses?

When I finally saw the questionnaire for OCD,  I thought how my entire life would have been different if I had been asked these questions as a child, because then I could have gotten help.  And people would have stopped focusing on my mood.

Because when you’re obsessed with driving your car off the road, it’s hard to be chipper.

We need some comic relief. Right?

Look, don’t be triggered. Don’t drive your car off a road.

And don’t say I triggered you today.

We need to talk about these really difficult topics openly. I’ve been shut up for decades because people were scared they would trigger me.

So let’s talk about what’s in kids’ heads.  Little kids and big kids too.

Let’s talk about it and get it out and make it the priority to stop that kind of pain.

Because It is torture for any kid – big or small or bigger still – to live with a brain that is torturing them.

It’s good that doctors don’t let you kill yourself on the day of crisis.

But let’s focus on the other 364 days where your brain is torturing you.

Those are the more dangerous days. When nobody is checking up on you and you can’t take another minute of your brain.

I’m not sure exactly how we do it but I’m pretty sure it involves talking a lot more openly about what the brain is doing and how it is doing it.

That’s what I’m exploring here and hopefully we’ll find a way to help other folks find relief from their broken or badly behaving brains.

Because there’s actually reason to be hopeful now. There are many more treatment options out there now. And some have no side effects at all.

So we’re moving in the right direction,

A phrase that feels better when we’re moving faster.