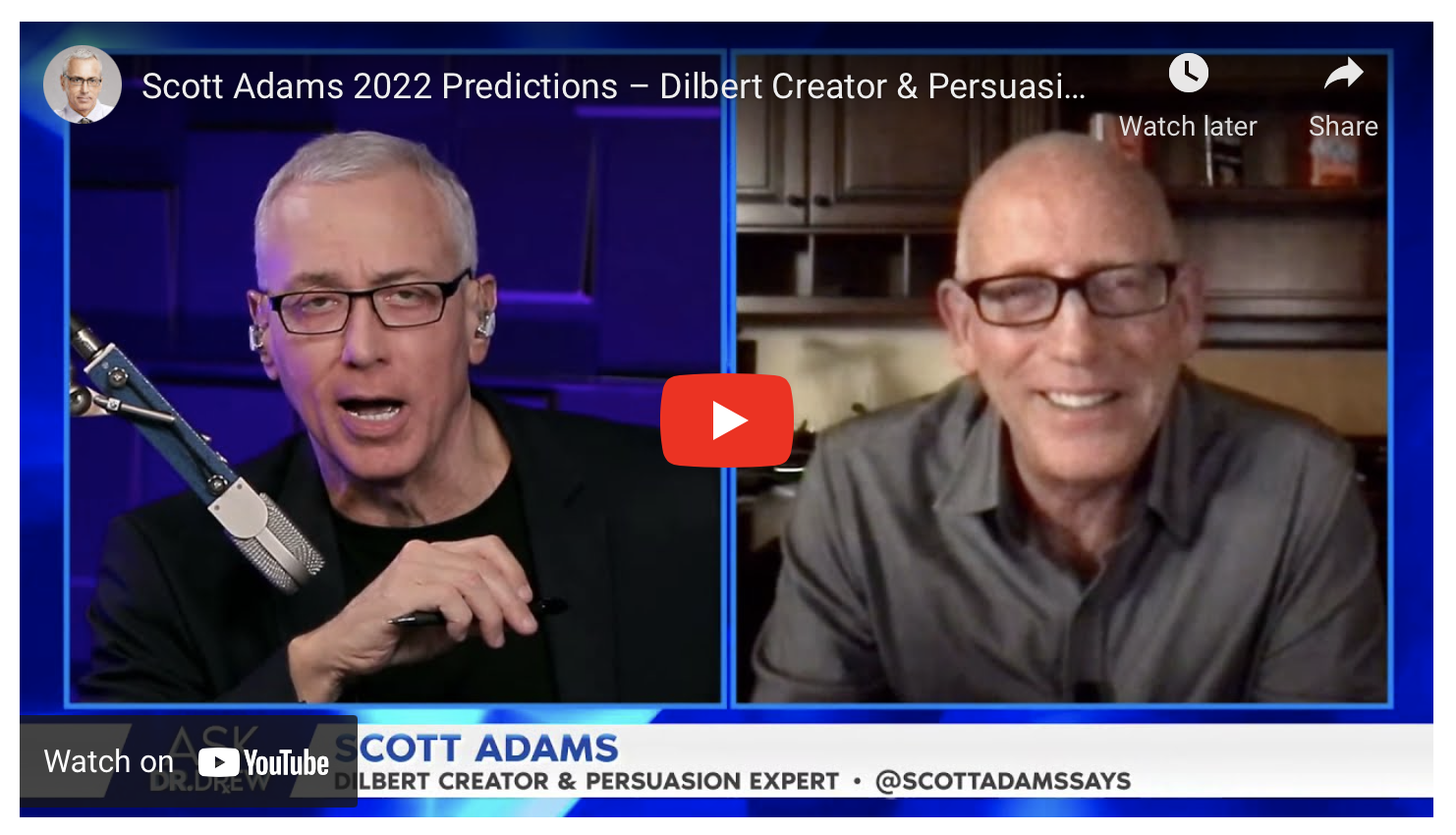 I was excited to hear Scott Adams talk with Dr. Drew about predictions for 2022.

I’m a big fan of Scott Adams. I’m probably a member of his cult since he’s most likely hypnotizing me with his daily ‘simultaneous sip’ of coercion.

Although, actually, I’m guessing it’s not the simultaneous sip that’s the hypnotizing act. It’s too obvious a move. Like swinging a coin on a chain in front of your face.

Nah. I think Scott Adams is hypnotizing us with a phrase or a motion. Like when he fixes his microphone.

I’m onto you, Scott Adams! And, if you’re reading, I thought the ‘executing Dilbert’ line was funny too.

Anyway, the conversation was interesting. A little Covid-heavy for my tastes these days, but oh well.

I captured some takeaways below. And links to both guys, two of my super favorite favorites.

If you’re listening to Scott Adams on YouTube or Locals, let me know and we can gabby gab gab.  The Locals deal is subscription and a bit of a hefty price at $7 per month, but pretty good if you can swing it. Adams checks in almost daily with mini lessons on everything from persuasion to cartooning to inhaling.

Or you can just read his Dilbert strip.

And Dr. Drew!!!  He rocks!!  He needs to stop bashing my boyfriend Tony Fauci, but he rocks anyway! He’s at drdrew.com and he’s on Locals too!

It was a good listen.

Oooooh!  Working down the list of Vulture Best Podcasts!  Let's see how many of my…

A Tangle of things.